Layne is someone whose opinions I respect and whose articles have impacted greatly on my own training and nutrition.

Layne brings together the brawn with the brains, this is clearly apparent if you read any of his articles published in Muscular Development, Planet Muscle, Ironman, Fitness and Physique, Natural Bodybuilding and Fitness and countless other publications both in print and online. 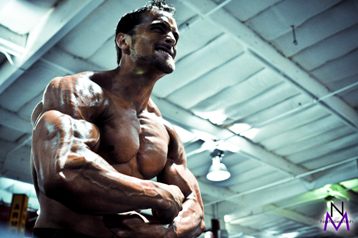 Layne is a source of inspiration for natural trainee’s as he clearly demonstrates that natural bodybuilders can achieve great things if they work hard enough!

I caught up with Layne to talk training, dieting and just how he manages to be so productive while juggling so much!

The Making of The Man…

Skye: Hi Layne, thanks for joining us today and finding the time to answer our questions.

You’ve spoke a lot about growing up being picked on and that bodybuilding gave you confidence and self-esteem. Do you think those early experiences gave you the grit and determination to succeed that’s made you so successful later on in life?

Layne: Well I’m a strong believer that “anger is more useful than despair” and with all the crap I took as a kid I certainly had a lot of pent up anger. Instead of pursuing destructive pathways I decided to take all the negatives that were hurled my way and prove people wrong. I decided that no matter what, I would make something of my life. I was not going to be good, I was going to excel.

I have always had an intense fear of failure and that has made me run towards success I believe. 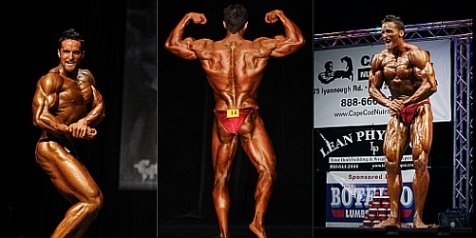 Skye: As part of your PHD in nutritional science you studied the current protein recommendation to establish the benefits of a higher protein intake and the appropriate levels of protein required at each meal.

Did you find anything vastly different from the 1-1.5g per lb recommendations?

Layne: Not particularly. What we found was that proper distribution of protein intake is important, i.e. you can’t just eat 70% of your protein at one meal and get the same effects as distributing your protein throughout the day.

We also demonstrated that the leucine content of protein sources was largely the anabolic driver. About 2-3g of leucine is needed to max out protein synthesis and that equates about 20-40g of protein per meal depending upon the protein source and how much you weigh.

So really 1-1.5g/lb is going to be more than enough to maximize anabolism. I think in bodybuilding everyone is willing to buy into extremes and “if a little bit of something is good, then a ****load must be GREAT.” which really is not the case.

Skye: What’s your stance on meal frequency? Do you still go with the 6 meals per day or have more recent studies suggesting 3 meals per day may be adequate changed your thinking?

Layne: I’m middle of the road, based on my research; I think 4-5 meals over a 24 hour period is probablyoptimal.

That hasn’t been proven, but that’s just my theory based on my research I performed formy PhD. I think eating 8 meals per day is way overkill and may actually have small negative impacton protein synthesis.

Layne: I think that by and large it’s not bad. I think that you can certainly get lean doing it, but I do not think you will optimize your muscle mass on it.

My PhD research definitely demonstrated that proper distribution of protein intake makes a difference in muscle mass. Now for the average non-competitor who just wants to look good and finds this way of eating easier than traditional bodybuilding diets, I think it’s probably fine. But I think it’s a big stretch to suggest you can optimize muscle mass using intermittent fasting.

But I also think that at the opposite end of the spectrum people put too much emphasis on having to eat every 2-3 hours which is really nonsense.

Skye: Do you think people convince themselves they can’t eat carbs while dieting when in fact they might be able to tolerate them just fine?

Layne: Absolutely. I have always said that you should keep carbs as high as possible while dieting so long as you still keep losing fat at an appropriate rate.

Now that level is going to be different for EVERYONE. I’ve seen people get shredded eating 400g of carbs per day. I’ve also seen people who the maximum amount of carbs they could tolerate while still losing bodyfat was under 100g per day, so it really is an individual thing. But if you can get lean on 250g of carbs per day why would you take it to 50g? It doesn’t make sense to cut carbs just forthe sake of cutting carbs.

What additional benefits can be obtained by using this system? 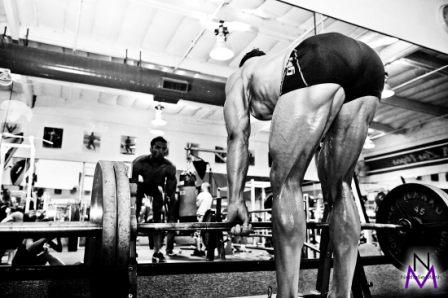 Layne: Well short refeeds really only transiently elevate leptin. It is a short spike and typically requires a very large refeed in which the increase in leptin and metabolic rate is offset by the amount of fat you gain from the refeed.

I’m not saying refeeds are useless but there is a big difference between a short refeed and a controlled increase in calories over time.

Skye: How do you prepare for a contest in the final days and hours before you step on stage? Any carb depletion/loading or other techniques you use to look full and lean?

Layne: Honestly this is too general of a question for me to answer; it depends on each individual person. I could and have literally written 5000 word articles on just this subject.

Skye: You’re a professional RAW powerlifter, do you think your powerlifting training has had a positive impact on your physique?

Layne: Absolutely! My legs and back looked completely different onstage this year compared to previous years. Overall my physique just entirely changed and I attributed it to all the heavy squats and deadlifts I did in the off-season.

Skye: Your DVD’s been getting good reviews, tell us more about, Layne Norton Unleashed.

Layne: Well it’s been around for a while and we were sold out of it for a good period of time and had no plans to print more DVDs at the time because we are planning on releasing a new DVD later this summer. But we kept getting so many requests for the old DVD that we decided to re-release it. Unleashed is really different from any bodybuilding DVD.

It’s not just about what I do. It imparts knowledge that allows you to actually take the information in the DVD and apply it to yourself to improve your own training and nutrition. It also has first rate editing as opposed to the typical bodybuilding DVD which is just straight B-roll and looks like they strapped a camera to their dog and had them follow around all day.

For much of the DVD we actually had a camera crew and a first rate video editor. Trust me when I say watching the DVD goes fast because it feels like you are watching a music video.

Layne: Maybe, I don’t know. I think people get too caught up in genetics. It’s not like you can look at your DNA and know that “oh I have good genetics” or “oh I have bad genetics.” I think most people use them as an excuse to not put their effort in.

Even if you have great genetics or piss poor genetics, it doesn’t change the fact that to be great you are going to have to work super hard, so why waste any time worrying about what your genetics are like?

It’s something that I’ve never wasted time worrying about.

Bodybuilding and a Busy Life Skye: You lead a busy life, studying, writing, training and training others.

How do you find the time to be so productive?

Layne: Well I’ll correct you a bit; I’m not a personal trainer. I am a physique consultant. I work with people in a multi-faceted approach to help people achieve their physique/contest goals.

I’ve never looked at it as ‘finding time.’ I love what I do and I only get one life. If I don’t take the time to put the work in to try to be great, then I’ll just be average like everyone else and that’s something I can’t accept.

Skye: Judging by the Olympia results these past few years, it seems the judges are looking for the biggest athlete.

Do you think the “bigger is better” message that sends out could pressure natural trainees to using anabolics in order to achieve their goals?

Layne: I don’t know, I think that if people are going to use steroids they are making a personal choice. Skye: I really enjoyed an old article of yours where you talk about people using bodybuilding as an excuse to be selfish, sacrificing family and friends in the name of being “hardcore”.

You spoke about wanting to see bodybuilders introduce more balance to their lives, how do you keep things in balance whilst still being strict enough to get results?

Layne: I have found that when I’m balanced and allow myself to go out with friends and enjoy time with my wife I am actually more productive. I enjoy my training more. If all I did and all I thought about was training and diet I’d get sick of it.

I’ll always have the opportunity to compete, make money, etc. But when people are lying on their death bed, I doubt most people would say “Oh my god, I wish I would have not gone out bowling with my friends at 3 weeks out from a show” or “man I wish I would have just made another 10 thousand dollars.”

I think the things people regret at the end of their life is not spending more time with their friends and family. I don’t want to have those regrets.

Huge props to Layne for the interview, I hope you all enjoyed finding out a little more about Dr Norton.

If you want to find out more about Layne then you visit his website or his many social media sites:

If you want expert nutritional, training or contest prep coaching from someone who really knows what he’s talking about then contact Layne directly with any enquires via: